What’s In It For Suppliers?

Why You Might Want to Consider Becoming a Supplier Partner 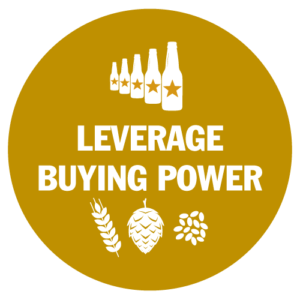 The Independent Brewers Alliance (IBA) is a purchasing cooperative or “group.” We leverage the combined purchasing power of member-brewers to negotiate long-term discounts and/or rebates and other benefits (like reduced MOQs) with craft beer industry suppliers.

With that as a setup, it’s understandable that some suppliers see working with the IBA as little more than a chance to give up margin. But we’d like to suggest you look at it as a terrific opportunity – an opportunity to gain a stable, ever-growing source of new business – as well as direct access to a growing, reputable group of some of the industry’s best brewers.

So, if you’re a supplier wondering if working with the IBA is a smart move for your company, here’s a few things to consider:

Looking for the Win-Win

The IBA doesn’t succeed by squeezing suppliers – or constantly changing suppliers. The IBA succeeds by establishing long-term, stable relationships with great suppliers who see value in the added sales and direct access to the large group of reputable brewers that the alliance gives them. If it’s not good for both brewer-members and suppliers, it will never work long-term.

A Growing Force within Craft Beer 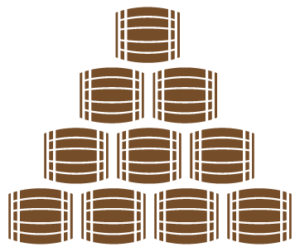 In the past year, over 125 new member-brewers have joined the IBA. That brings total members to over 275 with combined production of almost 1.5-million barrels. That’s the equivalent of some of the largest regional breweries and 5% of total independent craft production. In the past year alone, members have made over $10 million in purchases from IBA suppliers, and that growth is only going to continue. 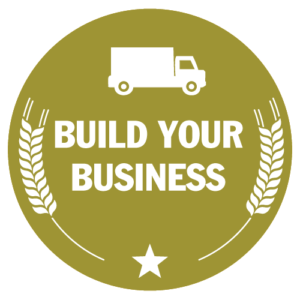 Working with the IBA is like having an outside sales force. We’re continually recruiting new member-brewers and every one of them represents a potential new customer for our suppliers. One supplier just told us that overall sales grew by 10% in the past year all thanks to new business from the IBA. Another described the IBA as their single best source of new sales leads.

Member-Brewers are Actually Incentivized to Buy More From Suppliers

The majority of the volume-rebate money the IBA collects from suppliers gets returned to brewers as profit-sharing. This creates a feedback loop incentivizing greater participation and purchases.

For most categories, suppliers have category exclusivity for the country or their region.  This means IBA suppliers don’t have to compete against other IBA suppliers for member business.

Face to Face Opportunities with Members

As a supplier, you get direct access to members, and you can sell your business way better than we can. So, at least once a year, usually during CBC, the IBA holds a series of networking events where suppliers are encouraged to meet face to face with member-brewers. Suppliers are also encouraged to have open communications with all our members – as well as to run informational webinars for interested member-brewers.

Cooperatives Have a Proven History of Success

Cooperatives aren’t new, There are some 29,000 co-ops working in the U.S. right now in just about every industry you can name. They succeed because everyone – suppliers and members alike – benefit from working together. As an added bonus, businesses that join cooperatives as members tend to be better-run with better business practices and good payment histories. Learn more about cooperatives and the IBA.

An Even Better Future

In the future expect more member-brewers, more supplier partners and an ever-increasing dollar amount of purchases by members from suppliers. Right now, member-brewers do business directly with IBA suppliers. In the future we will likely become a central purchasing hub for all members. That means a single entity will do all IBA ordering, invoicing and payments.

If all of this sounds interesting to you, and you would like to learn more, contact Peter Licht – a Brewmaster for 28 years – and now the IBA’s Director of Supplier Relations – peter@brewersalliance.org.